In Defense of Nudity in Film: 7 Quick Takes XIII The husband to a boy on Betty and Bobby’s soccer team:  You’re homeschooled, right?  So are Betty and Bobby.
Boy: Oh, that makes sense.  I noticed they said “library” right.

While planning Jack’s The Mysterious Benedict Society-themed birthday party, I ended up on this anagram-generator.

It was there I discovered that “Clint Eastwood” is an anagram of “Old West Action.”

So I wondered, are ALL anagrams so full of truth and wisdom?  You be the judge.

If you head over there with your own blog name, but sure to tell us what you find out your blog is actually about in the comments. 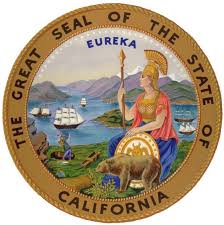 I don’t think you understand what a REPRESENTATIVE DEMOCRACY is. It’s supposed to mean that we elect YOU to research and vote on things because the rest of us have other responsibilities and that’s what we are paying you for.  But since you DON’T seem to get that, I got to spend MY free time researching the THREE DIFFERENT marijuana propositions that were on the ballot yesterday.  Plus, I get pestered by hippies outside Target who want me to sign their petitions (connecting the dots there).

I wrote a post on why I teach my kids to make excuses for other people.  Megan Mella, in the comments of that post, directed my attention to the following totally awesome 2005 commencement speech by the late David Foster Wallace which pretty much says everything I said in my post, but much more poetically and with considerably more production value.  I considered just editing the post to be nothing but a link to his YouTube video, but then I thought, “That would be a LOT of holding down the backspace key.”  So I’m just going to keep my post and put the YouTube video here.  It’s less than 10 minutes long, and it really is great.

More from the comments . . . In last week’s 7 Quick Takes, I recommended Looper despite it’s bit of nudity, because I think it’s a smart movie with a great message. I was challeged (quite pleasantly) in the comments to defend the morality of nudity ever being in movies.  (Side note, I didn’t realize it at the time, but I know the commenter and her husband who makes totally awesome movies

in real life, which was a great reminder to always be polite in the comments!)

Since perhaps you don’t always check back to see if I’ve added any comments to my earlier posts, I thought I’d put it here too:

Okay, I’ve had a couple of days to think about it and look
into it and I’m going to get to continue to disagree with you, but now at least
I know why.
As Catholics, we need not immediately dismiss as immoral all
works of art containing nudity. The great works of art in the Sistine Chapel
(re-nuded at the request of Blessed Pope John Paul II) and St. Peter’s itself
attest to that.
Neither does it being in a film rather than a painting or
statue make it necessarily immoral, since films included on the 1995 Vatican
Film List include nudity in both sexual and non-sexual contexts.
Nor does the consideration of workers in the film industry
make all nudity in film immoral since there are other professions, like doctor, which may include seeing nudity as part of the job.
It comes down to: is the nudity meant only to titillate or
is it meaningful? Even if that meaning is to show how debased a character has
become, which is how I believe it functions in Looper.
Stephen Greydanus has a great article at Decent Films (my
personal favorite review site) on The Vatican Film List, which covers this and
other related topics.
— 7 —
I took a week off from Doctor Who-related quick takes.  But I wouldn’t want you to think I have abandoned the Doctor.  Far from it.  In fact, I finished Season 6, which is the most recent season available on Netflix, and since I don’t have cable I’m faced with the proposition of not being able to watch Season 7 for who knows how long!  And I’ve become such a junkie that I’ve started watching the Classic Doctor Who episodes.
So far, the fact that I’m still watching is nothing but a testament to how much I want to hide in my room during naptime, because the classic episodes are NOT super-awesome.
I’ve watched the few episodes they have of the First and Second Doctors and have started in on the Third Doctor, who looks exactly like Dustin Hoffman dressed up as Austin Powers for Halloween. And the young lady “companions” seem to be there only to wear ridiculous clothes, emit ear-drum-shattering screams at aliens, and tell the Doctor how brilliant he is. I do want to keep watching, but only because it’s cool to see the earlier incarnations of the villains and adventures that the newer Doctors have faced.  I like to “get” the shows I watch.  But can anyone tell me:  Is it worth the lameness?  Do the costumes and plots and acting abilities get any better?  Are Doctors Four through Eight an improvement?
I’m thinking about just moving on to Sherlock.  Since, pop-culture-wise, I mostly just do what Bonnie says.
For more Quick Takes, visit Conversion Diary!