Family Movies for Holy Week on Netflix and Amazon

And they’re available on Netflix or Amazon streaming! (Clicking on the movie title should open it for you in Netflix, if you are logged into your account, or take you to Amazon . . . this post contains Amazon affiliate links.) 2017 Update: Some of these movies are no longer available on Netflix, but I’ve added links to find them on Amazon streaming or via DVD. A new addition to the Netflix library is the History Channel miniseries The Bible, and the edited to movie-length version, called  Son of God. I think either would be a good addition to a family’s Holy Week. Especially episodes 8 and 9 of The Bible, which begins with Palm Sunday and ends with the crucifixion. Each episode is 48 minutes long. The depiction of Jesus’ passion is not as bloody as in The Passion of the Christ. The focus of the camera is mostly on Jesus’ pained reaction, or the horror of the crowd. At the scourging at the pillar, we see the red marks, but no ripping of flesh. There is dripping blood at the crowing with thorns, but we don’t see the thorns going in. Jesus is bloody and battered as he carries His cross, but the focus is on His strength and perseverance, and the help He receives from Simon of Cyrene and Jesus’ mother Mary. We see the nail, we see the hammer, but the camera cuts away before the nail is struck. I plan to show these two episodes to all my kids, even the little ones, over the course of the week. It may be too intense for sensitive kids.

The Bible is also available on Amazon streaming to rent or buy, or as a DVD. 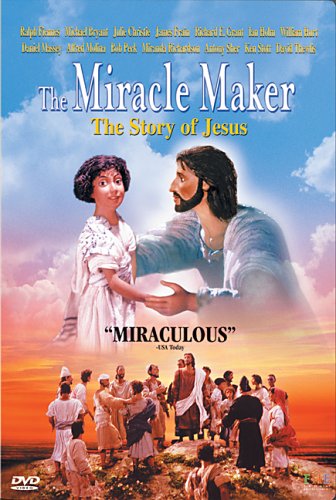 I’d also like to add The Miracle Maker to my recommendations this year. It’s claymation, and gore-free. I think it’s very well done (Ralph Fiennes is excellent as Jesus) and appropriate for even the youngest kids. All my kids have seen and enjoyed it multiple times. (Although there are some scenes that may still seem intense for VERY sensitive young kids.) It’s available streaming to rent or buy on Amazon, or on DVD.

Update for 2020: the only place I can find it streaming this year is on YouTube. 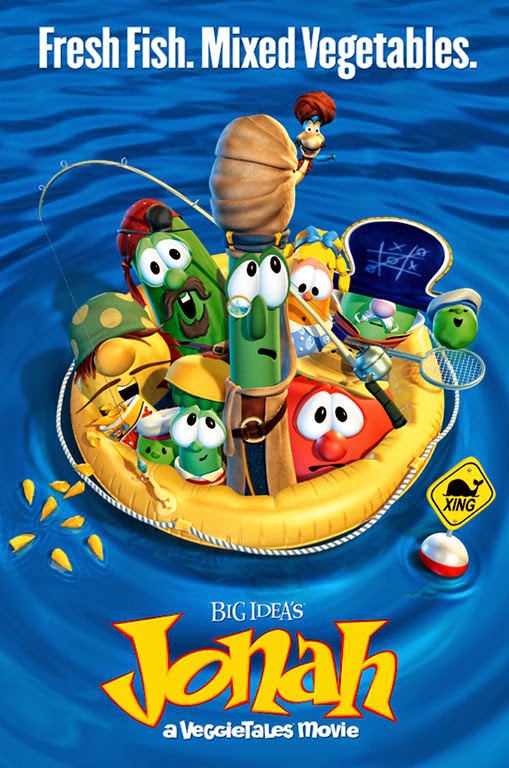 Jonah, who spends three days in the belly of a whale, is an Old Testament prefigurement of Jesus, which makes this movie a good choice for Holy Week. Also, the Ninevites slap each other with fish, which is pretty great, any time. We’ve watched quite a few Veggie Tales movies, but I think this one is my favorite of them all. The songs are fun, the characters are charming, it’s a fun watch for the whole family.  (also available on DVD from Netflix or here 2016 Update: <sob> Jonah isn’t streaming on Netflix anymore. But fortunately we have it on DVD. If I can find it. Joseph: King of Dreams is another Dreamworks movie that IS available on Netflix streaming this year. It’s not as well-done as either The Prince of Egypt or Jonah, but it’s a good look at a great Old Testament story for little kids who aren’t up for Old Hollywood Bible Epics.

2017 Update: Jonah still isn’t back on Netflix, but it is available streaming on Amazon to rent or own, or you can get the blu-ray in two days with Prime. I really do recommend it. I really can’t recommend this animated movie of the life of Moses highly enough. It has an all-star voice cast, and beautiful songs, and beautiful visuals. It’s also the perfect thing to watch on Holy Thursday, as it features the Ten Plagues of Egypt and the Passover, which Jesus and his disciples were commemorating at the Last Supper. (also available on DVD from Netflix or here

2017 update: It’s still on Netflix! And it’s still a big favorite around here. 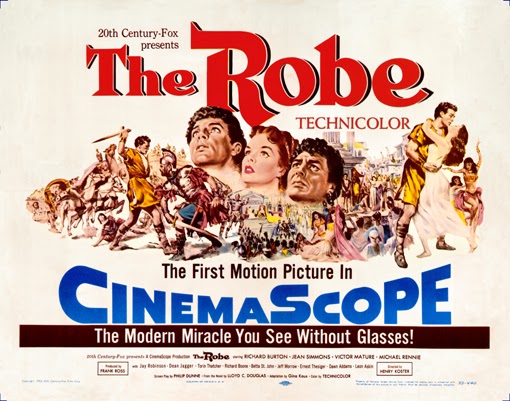 This classic movie from 1953, starring a young Richard Burton, has the distinction of being the first movie ever shot in the super widescreen “CinemaScope” format. Oooooh. It is the story of a Roman officer, tormented by having participated in the crucifixion of Jesus. It’s an old school Hollywood epic, complete with a cast of thousands, dramatic music, and a healthy dose of grimacing overacting. But, somehow, it still gets a lot right. Particularly the efficacy of relics, the freedom in forgiveness, and a very counter-cultural happy ending. There are cheesy bits, but overall it’s still a really worthwhile film. It’s appropriate for the whole family, but might not hold the attention of preschoolers. Also available on DVD from Netflix or here

2016 Update: this one was unavailable on streaming for a while, but it’s back! We also watched another movie this year, similar in feel and also appropriate for Lent, called Barabbas (the 1960s version). It’s available streaming from Amazon, but not Netflix.

2017 Update: The Robe is no longer available on Netflix, but it is available to rent or buy on Amazon streaming, or as a DVD. This is a narration of the complete text of the Gospel of John, over the background of a very impressive visual representation of all of the events of the gospel. The entire movie is two hours and forty minutes, which might be a good way to spend the hours of noon to three pm on Good Friday. Or, if you don’t have that much time, you can start at about 1:30 in, and watch beginning on Palm Sunday. The depiction of Jesus’ passion is pretty restrained, all things considered (no whips are shown cutting in to his skin, we don’t see the nails go in), but we do see Jesus’ bloodied body, and his crucifixion. I would feel comfortable showing it to even my little kids. But it might be too intense for some. (available exclusively on Netflix streaming)

2017 Update:  It’s no longer available on Netflix, but is available to rent or buy from Amazon streaming or on DVD. I like this version a lot, because of the way they use the actual text of the Bible, which I think is important for us to be familiar with, but I think The Bible (above) is a good Netflix alternative. I’m probably not going to tell you anything you don’t already know about this movie. It’s beautifully done, but very raw and painful to watch. As it should be, right? But this movie isn’t for everyone, and it isn’t for young children. I can’t handle watching it every year, but our oldest is nearly thirteen, and I think we might watch it with him this Good Friday, after the other kids have gone to bed. (also available on DVD from Netflix or here

2017 Update: The Passion of the Christ is no longer available on Netflix. But it is available for rent or purchase on Amazon streaming, or on DVD. I find this version of Jesus’ passion and death to be the most moving of any I’ve seen depicted on film. Jim Caviezel’s portrayal of Jesus has an appropriate gravity and love, but without the saccharine-quality of the Jesus of, for instance, the miniseries The Bible. It is too gory for my younger kids, but I want my teenagers to see this Jesus and what He suffered.

For more family activities for Holy Week, check out . . .

Lent: The End Begins (Ideas and Printables for Holy Week and Easter)

AND . . . I’ve been meaning to sit down and put together a scripture-based Passion Play for kids, like the Nativity Play we do for Christmas. But now I don’t have to, because Elena from A Rosary, a Tractor, and Some Books has just taken care of it. There are options for longer and shorter versions, and it’s really pretty much just what I would have done, if I had done it, which I didn’t.

And that’s my honest opinion. But this is a sponsored post. (Also, I need us all to pretend that this is April, because I’m supposed to do one of these per month.) What have I missed? Do YOU have any favorite Holy Week movies?