It’s Laetare Sunday! If you just said, “Huh?” You’re not alone. But here’s a hint: You know how almost never, but it seems like maybe a couple times a year the priest wear pink vestments? That’s today.

Laetare Sunday is the popular name for the Fourth Sunday in Lent. (See When Is Laetare Sunday? for the date of Laetare Sunday in this and future years.) Laetare means “Rejoice” in Latin, and the Introit (entrance antiphon) in both the Traditional Latin Mass and the Novus Ordo is Isaiah 66:10-11, which begins “Laetare, Jerusalem” (“Rejoice, O Jerusalem”).

Because the midpoint of Lent is the Thursday of the third week of Lent, Laetare Sunday has traditionally been viewed as a day of celebration, on which the austerity of Lent is briefly lessened. The passage from Isaiah continues, “rejoice with joy, you that have been in sorrow,” and on Laetare Sunday, the purple vestments and altar cloths of Lent are set aside, and rose ones are used instead. Flowers, which are normally forbidden during Lent, may be placed on the altar. Traditionally, the organ was never played during Lent, except on Laetare Sunday.
Laetare Sunday is also known as Rose Sunday or Refreshment Sunday, and it has a counterpart in Advent: Gaudete Sunday, the Third Sunday of Advent, when purple vestments are exchanged for rose ones. The point of both days is to provide us encouragement as we progress toward the end of each respective penitential season.

So, today, we will be celebrating with a Pink Raspberry Ombre Cake. Ours will be from this recipe, but a smaller 5 in round cake and only three layers (like this one we made last year), because we don’t want leftovers now do we? we’ll be assessing how things are going with the Lenten resolutions and disciplines I talked about here.

There is plenty of room left in the old bean jar. I feel like it’s been hard to get much traction with Lent this year, what with all the feasts coming one on top of the other right at the beginning. I prefer them coming towards the end, as a gentle easing-in to Easter. But, no one asked me. Apparently someone put the moon in charge of when Easter is. Whatever.
It might be a long haul from here on out. Which is ever more reason to buckle back down if we don’t feel like Lent has been going as well as it ought. Half a Lent is a hundred times better than no Lent at all.
Here’s how it’s been going here . . .
GETTING RID OF THE TOYS
So, so, so well. This is what our playroom and toy closet looked like today, with me not having said a thing about it in at least two days, so I’m assuming no tidying has happened at all: I can live with that.
And even more importantly, this is what our dining room table looks like as I write this, without me having said anything about that either: My kids are being creative, and playing together, and doing crafts we’ve had on a shelf for ages. It warms the cockles of my heart.
NOT YELLING
This one has been really hard and also really great. It might be the best thing I’ve ever personally done for Lent. I have to be mindful of it at all times. 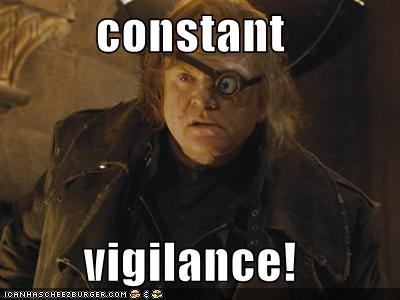 I fail every day, multiple times per day. I fail because I forget, and I fail because I lose my temper, and I fail because I rebel. And every time, I get to realize my failure, and make a new resolution to do better. It has been a very useful experiment.
KEEPING THE CAR CLEAN
This one has been going well too. I’m actually doing it, and making sure the kids do it too. We all leave the car with all the stuff we brought into it.
I like it because there was no excuse but laziness for just leaving all that stuff in the car. It was so easy to just say, “I can’t bring that in, I’ve got to get the baby.” or “I’m in a hurry, I’ll grab that next time.”
It’s really it’s own reward. It’s awfully nice to get into a car that’s not ankle-deep in junk.
TREATS AND TV
This one is the biggest surprise to me. Our family has given up treats and TV as a family for many years now, and it’s always been really, really hard for me. But, somehow, this year, it’s really not bad. Granted, there have been a bunch of feasts, so I’ve had more treats that I normally would have by this time in Lent, but I have spent other Lents thinking a great deal about Dr. Pepper, and this Lent pretty much not at all. I watched an episode of Foyle’s War on St. Joseph’s Day, LOVED it, and haven’t watched another one since. Even though at least three feast days have passed since then. There was just other stuff I wanted to do. There’s no way I could have said that in previous years.
But there’s been not so good stuff as well. Here’s what needs to be reassessed or re-resolved . . .
LETTER WRITING
We have sent letters to Uncle Pat in Iraq, once. And to great-grandmother, once. And I did manage to mail out some books I owed people. But this one gets a C+ at best. If I can get another round of letters out to those two in the second half of Lent, plus to both grandmothers, maybe I’ll give us a B.
DAILY PRAYER
Ugh. Perhaps some year I’ll be able to write a post about how hopeless I was at daily prayer and how I overcame my limitations of distractedness and busyness and children to triumph in my prayer life. But this is not that year.
I was thinking last week about writing a post about how there are seasons of life and this is a Martha-season for me, but there will be time enough for a Mary-season later, later, later.
But the very next morning I got Fr. Baron’s Lenten reflection email, which basically said, and I’m paraphrasing here: “Dear Kendra, If you think you can just ‘pray while you work’ and that’s it, you are a big dummy.”
Then, over the next two days, I read the second section of Introduction to the Devout Life for my ladies’ book club, which is just one big long: ” Attention Kendra Tierney. Praying is important. Like, really, really important. All the holy people are doing it.”

Don’t believe me? See for yourself: on paper

or online.
I really can’t get to daily Mass right now. This baby is a sleeper-inner. If I go to the later Mass, school doesn’t happen. And I just can’t bring myself to wake up the baby four hours before she would normally wake up. But I can and should be spending time in prayer every morning. St. Francis DeSales says an hour. I countered with one minute, and we have settled upon fifteen. For starters. First thing in the morning. Pink what we wore Sunday: What are you doing for Laetare Sunday, and how is your Lent going, so far?

And check out Fine Line and Purple for more of what folks were wearing for Laetare Sunday!