I was informed by my dearly beloved better half today that I am not cutting it in the cancer beating department and that I need to step up my game.  What prompted such an admonition from the boss?  Well, I’m moving to Plan B for cancer treatment.

A few months ago, I had an unusual after image in my vision that’s sometimes called kaleidoscope vision.  They didn’t think it was cancer-related, but thought I should get a brain MRI. Also, I had a CT scan of the neck and torso last week that came back as stable, except that they got a little peek into the bottom of the brain and were concerned about something they saw there.  Another reason to do the brain MRI.  By the way, I hadn’t had a brain MRI at all during episode 2.0.  I suspect that was because I didn’t have any physical symptoms of brain tumors, and having brain tumors disqualifies a patient for many clinical trials.  I believe my doctor acted ethically and in my best interest, so let’s leave it at that.

I had the MRI yesterday, on the Catholic Solemnity (feast) of St. Joseph, the earthly father of Jesus.  He was a husband, father, and worker I aspire to imitate every day.

He was beset by many contradictions which must have tested his faith.  And yet he raised a boy into a man who was known for the quality of his work (Mt 13:55, Mk 7:37) and a lot more than that (Mt 27:54).  I have asked St. Joseph to pray for me many times throughout my years of fatherhood, but especially this last year.

When I checked in for the exam, I was pleasantly surprised by the extreme thoughtfulness communicated to me with my gown packaging.  Yes, you read that correctly.

I’ve got 5 brain tumors, the largest of which is 18mm in diameter.  Still no other symptoms, and I feel fine.  My doctor said, however, that it’s time for Plan B.

Tuesday I go in for a consult with radiation oncology about zapping the brain tumors.  My doctor says that outcomes fall in on a spectrum from “cancer gives you the finger” (his medical terminology) to “tumors go away and never come back.”  We won’t know until I get the treatment (10-15 sessions in 2-3 weeks), but you don’t want to hear about the last guy who gave me the finger.

After radiation I’ll go on a drug which is an FDA-approved therapy which targets the particular gene mutation I have.  The doctor characterized the efficacy of this drug in similar terms as the radiation.  Might not work great, might work great.  Most patients have beneficial effect of the drug, but only 15% have very lasting effects.  So it’s a 1-2 punch, and he says he has a lot of faith that I can do very well with it.

Side effects are likely to be there: fatigue from both, and possibly fever, chills, and headaches from the drug.  I’m very likely to be able to tell I’m on a drug, which is different than the last several months, but apparently not like my ol’ pal interferon, which I do not badmouth but rather give thanks for.

I’m not deluded into thinking this will be the cakewalk the last 10 months have been, but I’m planning to be just as hilarious as ever.  Hey, it’s Lent.  It’s the time to thank God for the Cross, so that’s what I’ve got to do.  Again, I don’t know why he picked me for this team, but he did, so here I am.  I came here to do two things:  write this blog post and kick cancer in the teeth.  I’m almost done with this blog post.  I’ll keep you posted on the radiation plan.  Meanwhile, we’ll gratefully accept your prayers while I get to work on getting back on the boss’s good side.

Okay, let me finish up with something I’ve actually been much more focused on – a moment I’m incredibly grateful to have been able to experience.  This voicemail:

Seriously, what guy diagnosed with Stage 4 metastatic cancer in 2007 thinks he’ll get to listen to the greatest voicemail a dad has ever been left, a full 12 years later?  There’s so much there: the “um”, the nonchalant utterance “ripped in half”, the fact that he’s convinced that dad will know “what’s the best thing to do with them.” 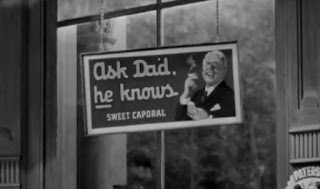 Life is so very good.  It’s a wonderful life.

With fortitude and prayers for you,